The William O’Farrell Fellowship, sponsored by James Lindner, is awarded to an individual engaged in research toward a publication, production, or presentation based on moving image history and culture, particularly amateur and nontheatrical film. With this fellowship, we honor the continuing legacy of Canadian film archivist William O’Farrell, a long time advocate for amateur and nontheatrical film collections.

The fellowship is designed to support a month’s study within Northeast Historic Film’s collections. Awardees must commit a minimum of two weeks to research in residency at NHF. 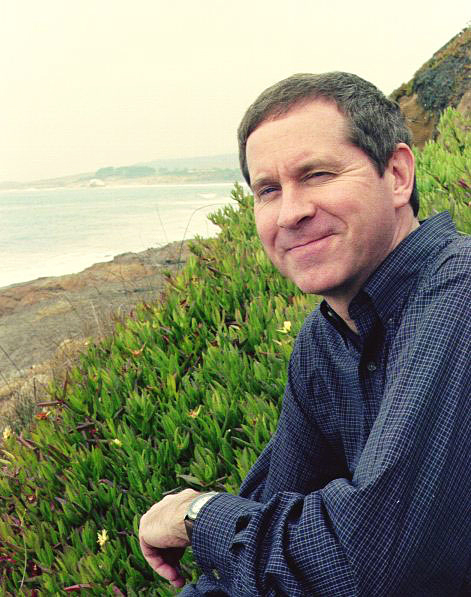 The fellowship supports a month’s study within Northeast Historic Film’s collections. Awardees must commit a minimum of two weeks to research in residency at NHF.

THESE PAST APPLICATION MATERIALS ARE INCLUDED HERE FOR REFERENCE. NEW APPLICATION AVAILABLE JANUARY 2023.

The complete application must be received no later than March 5, 2020. The fellowship will be awarded on or before March 20, 2020.

The fellowship may be assumed any time beginning May 4, 2020 and must be completed by October 31, 2020. The fellow is required to produce an 800 – 1,200-word journalistic article describing activities and findings for the NHF newsletter or blog. The fellow is required to conduct a minimum of two weeks’ research on site at NHF and is expected to participate in NHF’s Summer Film Symposium in 2020 and/or 2021. (The award will include, in addition to the $1,500 fellowship, complimentary symposium registration.)

Northeast Historic Film, an independent nonprofit organization, was founded in 1986 to preserve and make available moving images of interest to the people of northern New England (Maine, New Hampshire, Vermont, and Massachusetts). We hold ten million feet of film in 8mm, Super 8mm, 9.5mm, 16mm, 28mm, and 35mm and 8,000 analog and digital video recordings that do not duplicate the film holdings. NHF is located in a 1916 cinema building with purpose-built cold storage and a study center, where the organization hosts an annual Summer Symposium and runs a community cinema.

The William O’Farrell Fellowship was established in 2009 to honor an important individual who contributed in significant ways to the history of NHF. Bill O’Farrell (1954-2008) worked as Chief, Moving Image and Audio Conservation of the Archives of Canada. He was a valued Advisor to NHF, providing intellectual and practical support to the archives for many years.

Further information about Northeast Historic Film’s collections can be found at www.oldfilm.org.

Download as O’Farrell Fellowship History and Application as PDF

Madison Brown is a doctoral candidate at Northwestern University and was awarded the 2020 O’Farrell Fellowship. Her dissertation is titled “Videosyncracies: Power and Contingency in the Familial Home Video Archive” Her research at NHF has been postponed due to the pandemic. When conditions allow she will commence her onsite research at NHF. Her work explores the transition, in the early 1980s, from producing home movies on film to videotape. Madison states, “While analog home video maintained much of the content, aesthetics, and ethics of home movies on celluloid, the advent of video cameras in the home introduced sound, dramatically extended recording time, and increased the physical mobility of home videographers. Contrary to the prohibitive costs and shorter recording time of home movies on film, home videographers faced less pressure to capture only special occasions and important family moments. As a result, videotape introduced much more quotidian, even banal, and oftentimes embarrassing events into familial memory, raising a number of crucial questions about how video mediates familial memory differently than home movies: What is the relationship between formal accidents and self-inscription in the home video archive? How do accidents in home videos determine what gets included or excluded from familial memory? And what might we learn about familial power dynamics, modes of memorialization, and the cultural importance of amateur media cultures by paying attention to these contingencies?”

Tara Merenda Nelson, Curator of Moving Image Collections at the Visual Studies Workshop in Rochester, NY, was awarded the 2019 annual research fellowship. During her fellowship, Nelson viewed numerous amateur filmmakers presenting their ‘home movies’ to larger audiences as a way to share their experiences within larger social circles within the community. Nelson will use the Northeast Historic Film collections to conduct research into 8mm and Super 8 home movies that may have had public screenings for the purpose of education and cultural enhancement within the filmmakers’ extended community. Nelson’s thesis is that this practice is one of the earliest forms of social media, as it provided the opportunity for an individual to exhibit privately produced media to a larger audience outside of their ‘first circle’ of friends and family.

In 2018 the Fellowship was awarded to Martin Johnson, Assistant Professor at the University of North Carolina. During his fellowship, Johnson viewed advertising films held at NHF as part of research for his next book, The Best Advertisement Will Never Be Written: Advertising Films Before Television (1895-1939).  His research focuses on excerpts taken from the Paramount Pictograph screen magazines, a variety short film program that was popular in the late 1910s. While most Paramount Pictographs are lost, some survive as 28mm copies, made in the late 1920s for home viewing. “While we think of advertising in movie theaters as a new, and unfortunate, development, in fact advertising films have been around for decades,” he said. “By carefully disguising the true ambitions of their films, advertisers helped create ways of telling stories that influenced the development of documentaries and educational films.

In 2017 Artemis Willis, a Ph. D. candidate at the University of Chicago, was awarded the Fellowship. Willis’s project explores intersections, from the early 20th century, between non-theatrical motion pictures and lantern slides in Northern New England. Through a study of NHF’s holdings of lantern slides, including material from seven different collections, Willis is uncovering a broader range of interactions between still and moving images on the level of production, exhibition and consumption.

Andrea Mariani, University of Udine, Italy, received the 2016 Fellowship. He conducted his research in the Alan and Natalie Kattelle Collection, focusing on the amateur film technology of the 1920s and 1930s. He presented, “The Emergence of the Amateur Film Technology. The Amateur Cinema League and The Alan Kattelle Technology Collection at the Northeast Historic Film Archive” at The Politics of Film Archival Practice in Stockholm in 2016, and returned to NHF in 2017.

The 2015 award went to Ryan Shand, PhD, Research Assistant, University of the West of Scotland. His project focuses on Counterpoint, a 1929 amateur fiction film made by Roy Lockwood. “This film was made as a student project at Oxford University, however prints of Counterpoint do not seem to exist in the United Kingdom and scholars have made no reference to it so far.” Northeast Historic Film appears to hold the only extant copy of this film.

The 2014 award went to Liz Czach, Associate Professor, Dept. of English and Film Studies, University of Alberta. Czach’s project is focused on sound in amateur film. Her research at NHF drew on the large collection of newsletters and magazines aimed at amateur filmmakers (e.g., Movie Makers, Bolex Reporter), the Alan Kattelle technology collection, which consists of over 800 cameras and projectors, and the Archie Stewart Collection‘s exceptional amateur sound films.

The 2012 winner of the Fellowship was Oliver Gaycken, Ph.D., Assistant Professor in the University of Maryland’s Department of English.  His project focused on the role film played in the depiction and development of forestry culture during the middle part of the twentieth century, roughly 1935-1985.

Walter Forsberg, a Research Fellow in New York University’s Moving Image Archiving and Preservation Program, was the 2011 Fellow.  His project explored the Donald C. Brown Jr. Collection of 35mm drive-in and theatrical trailers, from over a dozen cinemas in New England and West Virginia.

In 2010, the first year the Fellowship was awarded, the recipient was Caitlin McGrath, Ph.D., from the University of Chicago, who conducted research here at NHF on the 1939 New York World’s Fair. Her research used films from 15 different NHF collections.